Two Friends with One Awesome Project!

Jason Paul and Danny Cooper play basketball together on 3 different
teams this year. So we came up with a game for their mitzvah projects. 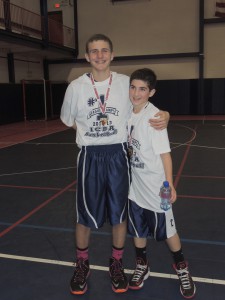 The boys played 10 games of basketball to raise money for their charities.
If friends and family wanted to play along they were asked to donate by the point, if not they could just make a one-time donation.  Numerous people chose to play the game by points, creating more of a challenge for the boys’ game.

Ultimately, and coincidentally, Jason and Danny each scored 82 points in 10 games for a total of 164 points.

The boys raised over $1,300.00 each for their respective charities! 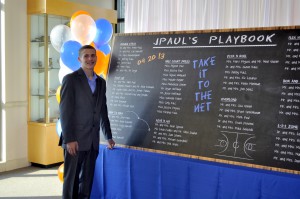 Jason raised money for the Daniel B. Allanoff Foundation. Contributions to his Foundation will be used to study hematological malignancies.  The Foundation’s contributions will go directly to his cell line at Penn and help the pathologists and his amazing doctor, Dr. Stephen Schuster, work on a cure for AML and Non-Hodgkin’s Lymphoma, with which Danny was first diagnosed with in 1999. Contributions can be made to the Daniel B. Allanoff Foundation, P.O. Box 404, Lafayette Hill, PA 19444.
Contact:  Danscellline@gmail.com for further information.
Follow @DansCellLine on Twitter. 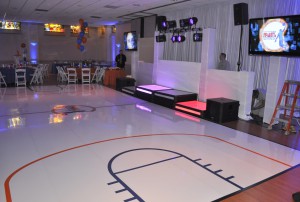 Danny raised money for Orr Shalom camp in Israel.  Camp Orr Shalom is Israel’s largest non-profit organization providing residential and therapeutic services to children and youth at risk who have been removed from their homes by the social welfare services due to severe abuse and/or neglect. Since 1980, Orr Shalom has been giving loving homes to Israel’s most vulnerable children, enabling them to overcome their pasts, break the cycle of violence and grow into productive, independent adults.