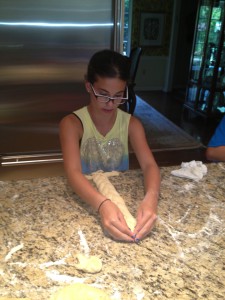 I am 11 years old and I attend Perleman Jewish Day School. I am planning to go to Jack M. Barack Hebrew Academy next fall for middle school. During the summer I go to camp Blue Ridge where I have met great new friends and have learned to become more independent. I have a nine year old brother Danny who I am very close to – at least sometimes. I like to play tennis and softball, and love to dance and ski. I also love to cook with my mom. I fell in love with Israel on a trip with my family last year. That is where I learned about the Lone Soldiers and decided I wanted to be able to help them.

I learned about the Lone Soldier’s during my visit to Israel in 2012. My family went to a shabbat dinner and met some lone soldiers and heard thier story. I became very interested in thier cause and wanted to donate. Their story really inspired me. 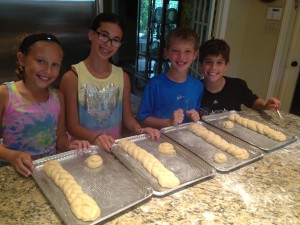 For my Bat Mitzvah project, I’m am selling fresh baked challahs and donating the money to the Lone Soldier Center.  I think my mom is a great cook and she has a really good challah recipe. We love to bake together and so I decided to sell challahs for my mitzvah project. Baking challahs is very enjoyable and relaxing for me, and it makes it even more rewarding to know that all the money being raised is going to a great cause.

To order your challah or donate towards my mitzvah project, Challahs by Nicole, please visit
https://rzappin.wix.com/challahs-by-nicole