Jax Zemachson loves stories about superheroes. A voracious reader of Marvel comics and avid fan of TV shows like The Flash and Supergirl, Jax chose a unique approach to his bar mitzvah invitation: A custom-made comic book with Jax — clad in spandex and a cape — practically flying off the cover. But now, after his bar mitzvah, Jax no longer needs to dream of saving the day – he’s become a real-life superhero.

This May, Jax partnered with JDC to launch his JDC Mitzvah Project. The JDC Mitzvah Project is a new initiative, offering young Jews a way to use their bar or bat mitzvah to do good, by making it easy to start a personal fundraiser for one of JDC’s many programs. Forgoing a portion of his bar mitzvah gifts (a heroic sacrifice for a 13-year-old, to be sure), Jax asked his friends and family to donate to JDC’s Friends for HealthyLiving program, which empowers Israelis with disabilities to live healthier, more fulfilling lives through workshops, mentorship, and sports activities.

If you ask Jax about the inspiration for his mitzvah project, you’ll get a straightforward answer: “I did this because of my mom and my best friend.”

Jax’s mother, Mauri, inspired him to choose a Jewish organization. Since Jax was a young child, Mauri instilled in him a desire to give back to the Jewish community, emphasizing that Jews have to help other Jews. “If we don’t, Jax is fond of saying, quoting his mother, “who will?” JDC was a natural fit.

Jax’s closest friend, Ethan, inspired him to focus on helping people with disabilities. Ethan has cerebral palsy and Jax wanted to honor him with his mitzvah project. “Every day I am in awe,” Jax said to his congregation as he delivered his d’var torah. “I have never once heard him complain about anything.” 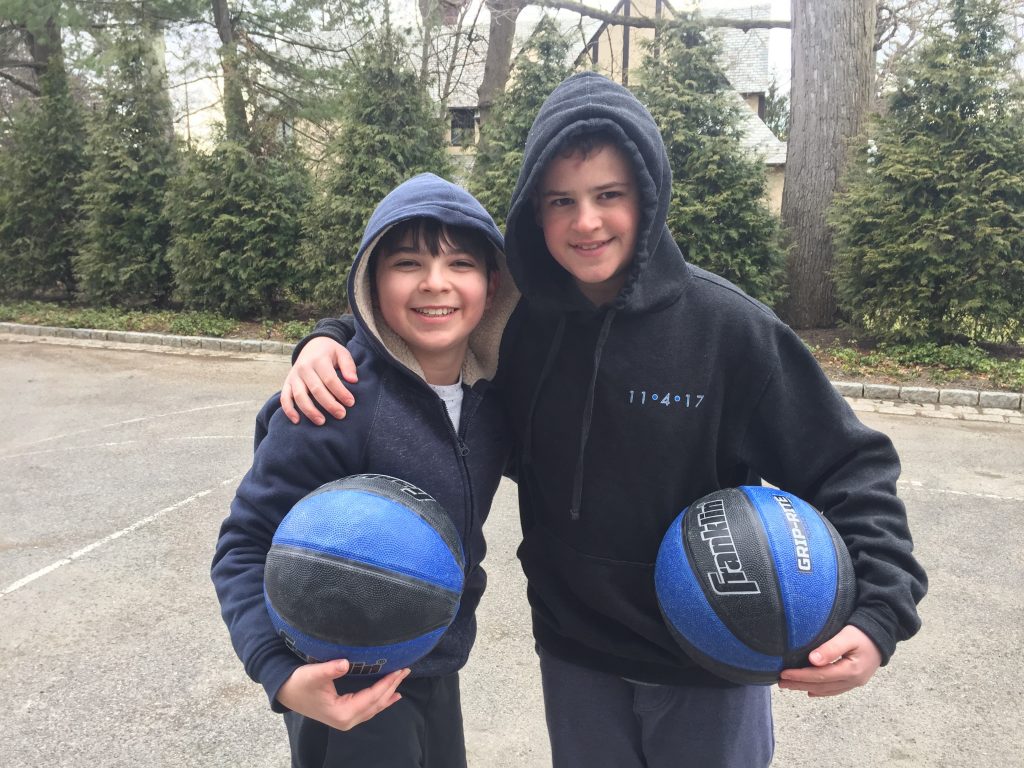 Nearly 800,000 Israelis live with at least one disability. These Israelis experience a higher than average rate of poverty and struggle to live independently or achieve professional fulfillment. Unlike in the United States, a large number are placed in residential facilities, where they often report feeling marginalized and underserved.

The fitness partnerships created in the Friends for Healthy Living program are a powerful way for Israelis with disabilities to not only lead healthier lives but to forge deep and rewarding relationships. The pairs set their own goals—such as regular exercise, a nutritious diet, and emotional healing—and then work together to achieve them, sharing recipes, working out together, and cheering each other on in moments of both difficulty and victory.

In a very real way, Jax is fostering the same sort of rich friendships as the one he shares with Ethan, the one that led to his mitzvah project.

Jax is only the first young Jewish person to create a JDC Mitzvah Project using this new platform and others are already jumping at the chance. While Jax made disabilities his focus, B’nei Mitzvah have the option to choose from among JDC’s many humanitarian programs. Whether it’s caring for the elderly in the former Soviet Union or providing health education to children in Ethiopia, they’re able to support the cause they’re most passionate about.

We’re very excited for the next wave of JDC Mitzvah projects, but right now, we want to thank Jax and wish him a wholehearted Mazel Tov from the JDC family. He’s only been a Jewish man for a short time, but he’s off to a great start.